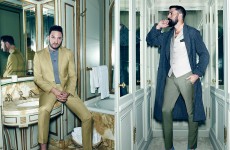 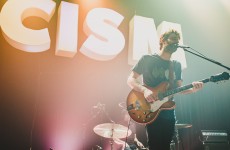 “I’m a Gemini,” Howes explains. “Unless I’m juggling 10 balls at once, I’m not happy. I believe it’s also called having a short attention span or ADD, and that’s something that affects most artists.”

ADD or not, when Howes turns his hand (and ears) to something, it’s generally a commercial success. His office must be overflowing with plaques from platinum sales of songs he has written and albums he has produced, plus multiple BMI and SOCAN awards. One award of which he is particularly proud is the 2007 Juno for Producer of the Year, a category in which he beat out fellow B.C. superstar producers Bob Rock and David Foster. Howes recalls that evening as a huge confidence and career boost. “I had just spent three months in Chicago with my engineer, Jay Van Poederooyen (JVP), producing an album for a Christian rock band, Skillet [the Grammy-nominated, gold-selling Comatose]. I went to Saskatoon ready to party. Bob Rock is one of my idols as a producer, along with Bruce Fairbairn and Mutt Lange, and I just assumed Bob would win. My wife never swears, but when they announced I’d won, she went, ‘Holy ####!’ It was an absolute shock, but it was really nice.”

Howes’ role in the success of those two records went far beyond his production work. He co-wrote seven of the songs on the Hedley record and even added guitar, keyboards and backing vocals. He has continued to work closely with the band, writing and producing tracks on its new album, The Show Must Go, including the hit singles “Cha-Ching” and “Don’t Talk to Strangers.”

The success of Hinder was also highly gratifying. “I was involved in creating that CD from scratch,” Howes says. “The guys were fans of my band, Closure, and they approached me. I brought them up to Vancouver and we did everything with them, including developing their image. The guitarist was really overweight, so I trained him, giving him a little Richard Simmons action. He lost 50 kilos in a year. When people come to work with me, they get the full-meal deal,” he laughs.

Two Howes co-writes, “Better Than Me” and “Lips of an Angel,” became major hits for Hinder, both winning BMI Pop Awards. “Lips” became an international No. 1 song, and Van Poederooyen says, “We knew it was an absolute smash. When I heard the final mix, it gave me goosebumps.” Howes and JVP also worked on Hinder’s second record, 2008’s gold-selling Take It to the Limit.

Given his past as a dues-paying rock ’n’ roll road warrior, Howes didn’t take his initial success for granted. “I did think, ‘Wow, I should have switched to writing and producing years ago.’ Writing in punk-rock bands for no money, eating in Subway every day, or this? I realized what I was meant to do.”

Born in Los Angeles, Howes was adopted by Canadian parents and raised on Vancouver Island. He clearly inherited some musical genes, given that his biological great-grandfather was an opera singer and his grandfather, Payton Legare, was a saxophonist in the Benny Goodman and Louis Prima big-band orchestras. Songwriting came naturally to Howes. “I was writing songs even before I could play guitar. I’d pick up a guitar without knowing any chords and just start humming a melody and writing lyrics down. I’d always get into trouble in school ‘cos I’d be writing lyrics in math class.’”

He may have failed math, but Howes became a student of what he terms “the math of songwriting. I’d take songs that were hits and find out what made them work. What made them hooky? I really studied the structure. In writing, there’s the creative and inspirational part that comes from the heart, then there’s the math part, especially for pop-radio songs.”

Songwriting took a back seat when Howes hit the road with DDT, the band he fronted in the ’90s. Its explosive mix of punk, ska and rap earned critical kudos and a record deal with TMC/Elektra, the label launched by Metallica’s Lars Ulrich. “We weren’t concerned with writing radio songs. We just wanted to come up with something innovative. We travelled all across the world doing punk-rock shows but when we got signed, the label tried to structure us into writing radio songs. That was the beginning of the end.”

Post DDT, Howes put together a demo of original material. “I was trying to get a publishing deal so I could do this for a living, and a bidding war started. I put Closure together, but after a couple of weeks on the road, I realized this was not for me. I really wanted to be writing and creating in the studio.”

Reflecting on his performing career, Howes says, “I’ve fallen into every pothole there is — bad managers, terrible publishing deals, you name it. I can hopefully help others avoid the pitfalls.” That background as a hard-working rocker also gives Howes credibility with bands and singers who want to utilize his writing and production skills. Van Poederooyen, who is co-owner of their thriving Vancouver recording studio, has witnessed this first hand. “There’s a respect level when people come in. They know he’s a great guitar player and singer and that raises the bar a little. They want to show him ‘I’m good, too.’ Also, it’s not unusual for someone to say, ‘Hey, Brian want to try getting this part?’ and he’ll throw it down.”

His rock ’n’ roll past helped lead Howes to a lucrative collaboration with American Idol star Chris Daughtry. “Chris had been in touring bands and he wanted band guys, not professional songwriters, to come in,” says Howes, who has co-written multiple songs (including the massive hit “Over You”) for Daughtry’s strong-selling albums. Other Idols have also become commercial threats thanks to Howes co-writes. One was “Light On,” a U.S. platinum single for Idol David Cook. It was a co-write with hard-rock legend Chris Cornell of Soundgarden, Howes says. “We originally did that song for a solo record for Chris, and we really hit it off. He said, ‘I love how you produce my vocals,’ and considering I see him as the best singer since Robert Plant, that really meant something. We’ll continue our relationship.”

In the studio, Howes is both friendly and firm. “As a producer, your job is to make the artist comfortable, but you also want to push them outside their comfort zone so we can get something exceptional, especially vocally.” Van Poderooyen believes Howes’ musical ability is a prime asset as a producer. “His ears are so good. He can pick up on things right away and he knows how to fix anything that doesn’t quite seem right.”

Other prominent CV entries include work with U.S. hard rockers Puddle of Mudd (including co-writing and producing the No. 1 rock-radio hit “Famous”), emo pop-rockers Boys Like Girls (he produced their hit duet with Taylor Swift, “Two Is Better Than One”) and Rev Theory, who are now signed to Van Howes Records. On the Canadian front, he has recently begun working with top punk-pop band Simple Plan, while his writing credits include songs cut by Serena Ryder, Faber Drive, Social Code, Bif Naked, State of Shock and The Veer Union.

As a songwriter and producer, Howes has covered a diverse musical terrain, from hard and alternative rock to pop and punk and now, country. “I took my first trip to Nashville recently and just got my first hold on a country song.” This eclecticism comes quite naturally, he says. “I’ve always loved so many kinds of music. Even in high school, I listened equally to Def Leppard and Van Halen and Fugazi, plus I loved Roxy Music and The Cure. I just love great music, no matter what the style.”

Howes frequently jets to L.A. and other cities for songwriting sessions, but much of his production work is now done out of Van Howes Studio. “People try to get me to move to L.A., but I tell them, ‘I’m going to stay in Vancouver and commute.’ The quality of life is great here, plus I can’t get any hockey games on TV there.” Spoken like a true Canadian, and one the industry here will indeed be keen to keep. 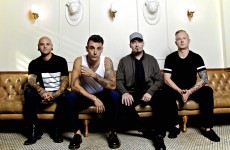 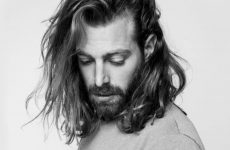 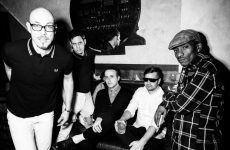 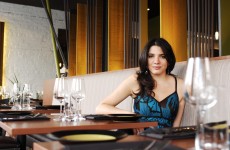 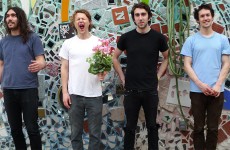 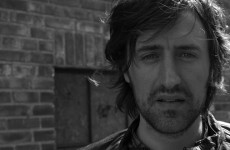