Talk about sweating for a good cause. When Canadian music publishing veteran Jodie Ferneyhough completed his first-ever full Ironman event in Kentucky last year, he was swimming, cycling and running on behalf of the Unison Benevolent Fund. He raised $9,800 through pledges, and also served as a guinea pig for Unison’s fundraising techniques.

Music publisher Ferneyhough has a strong vested interest in Unison, given that he’s the co-founder, along with Catharine Saxberg. This dynamic duo are, respectively, President and Executive Director of the Canadian Music Publishers Association (CMPA). Ferneyhough traces the idea of a benevolent fund for those involved in the Canadian music industry back to the pair’s post-Juno Awards dinner in Vancouver in 2009.

« We are very close to our goal of $1 million to become operational. »–Sheila Hamilton

« What got the idea rolling was the situation of a prominent Canadian recording artist involved in a serious accident, » says Ferneyhough. « The goal is to create a safety net for people in the music business, whether they’re songwriters, musicians, sound guys, managers, agents, publishers, and so on. » The concept was sketched out on a napkin, and Unison has now taken tangible form.

The Unison Benevolent Fund is an assistance and referral program designed to provide discreet relief to music industry personnel in times of personal hardship and crisis. Dramatic changes in the industry have meant a high percentage of those involved are self-employed and so lack access to pension plans, unemployment insurance, employee assistance programs, sick leave and medical benefits.

SOCAN’s early support proved invaluable. « Former CEO Andre Lebel [personally] gave us $15,000 and that got us underway, » says Ferneyhough. « Anne Godbout from SOCAN’s legal department did all the work to get us registered as a not-for-profit charity. »

Substantial donations from CRIA (Canadian Recording Industry Association) and Slaight Music really got the ball rolling, financially. Unison executive director Sheila Hamilton, a music industry veteran formerly with the Canadian Country Music Association, explains « We are very close to our goal of $1 million to become operational. That date will be dependent on our final push for funding. »

Unison’s initial focus will be on emergency financial assistance and a wide range of counseling. « Our counselors will man phones 24/7, coast to coast, and in 147 languages, » says Ferneyhough.
Hamilton encourages people in the music industry to go to www.unisonfund.ca and register. « That helps us build our database and negotiate better discounts and rates for benefits and insurance, » she says. « There’s strength in numbers. »

The Canadian major record labels have quickly responded, making Unison their charity of choice and setting up employee payroll deductions. Other fundraising events have included a golf tournament and a Manitoba Music bonspiel.

« Unison will need the help of everyone in the music community to make it work, » says Hamilton 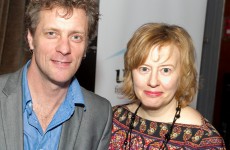 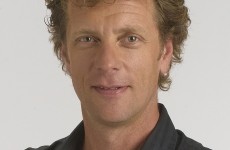 Stepping up to the plate

Les traductions pour les articles avant l’automne 2013 ne sont pas disponibles pour le moment. Jodie Ferneyhough has done a lot of growing up since assuming the managing director’s job at Universal Music Publishing Canada nine years ago. In 2001, he took his seat at his first CMPA board of directors meeting feeling every inch …

When deadmau5 became the first Canadian ever to headline Toronto’s Rogers Centre last November, he turned the dome from an unwelcoming concrete hangar into the perfect rave venue. It felt like a defining moment: electronic dance music had clearly gained a foothold in Canadian culture. Likely a number of mouse-eared-glowstick-wearing fans went home inspired, eager to try their hands at music production. After all, if a self-taught misfit rave kid from Niagara Falls could achieve so much on the strength of tracks created using readily-available software, why couldn’t they?

It may be even easier for deadmau5 followers to kick off their careers than, say, the 1970s generation of DIY punks who bought guitars after seeing The Sex Pistols. For one thing, according to Azari & III producer Alphonse “III” Lanza, some of today’s software has an exceptionally short learning curve. “If you want to learn to play guitar, you can hack your way through it, but it’s a 10 [or] 15-year process to get your own sound and really vibe. Kids these days would rather learn Ableton [Live]. After two nights you already have some kind of listenable product.”

And as Ableton and even easier-to-use software (e.g., FL, GarageBand) facilitates the means of production, demand is rising. “DJs need a new record every two minutes,” says Lanza. “As long as [your effort is] decent, someone will put it out. It’ll be on Beatport. Someone will play it.”

That said, a track thrown together after two days of practice probably won’t have staying power. Indeed, the 10-15 year process can also apply to electronic music, as Lanza and Christian “Azari” Farley have shown with Azari & III. While the band itself – which also includes singers Fritz Helder and Cedric Gasaida – dates back only to 2009, Farley and Lanza have been creating electronic music separately since the mid-‘90s. The quartet seductively streamlines house, ‘80s-inspired pop, and soul into a sound that’s lush but cool, dark but danceable. “We’ve been veterans in the scene in our own right,” says Farley. “We’ve paid our dues, and that helps you create. You have a nice library of sounds in the back of your head from different types of music.” It also helps broaden appeal: with a full release of their self-titled debut album on the way in North America, Azari & III have already achieved European stardom and, at press time, were being considered for an opening slot on Madonna’s upcoming tour.

Likewise, Edmonton’s Shout Out Out Out Out benefits from Nik Kozub’s lifelong familiarity with synthesizers. They were “always around,” he says, when he was growing up in the ‘80s and his father, Wilfred Kozub, was making electro-pop records with Wilfred N the Grown Men. He grew to love “manipulating voltage, creating sound with electricity, and having synths with a bunch of knobs on them.”
Like Lanza (a guitarist) and Farley (a drummer and percussionist), Kozub grew up playing a more “conventional” instrument, wielding a bass in punk bands and then in the indie rock trio Veal. Shout Out Out Out Out, with its four bassists and many analog keyboards, inventively combines his two musical loves.

He sings mainly through a vocoder – an instrument whose lineage includes Wendy Carlos’s 1971 Clockwork Orange soundtrack and Neil Young’s 1982 album Trans – to mask Kozub’s often personal, introspective lyrics (“I like the idea of someone spending the time to listen closely and figure out what I’m saying”) and help his vocals mesh with the band’s lush analog textures. He’s drawn to “playing somewhat energetic and fun music with a more serious lyrical base,” and by mining this complexity, the band has progressed beyond the highly-touted live act that was lumped into the mid-2000s “dance punk” scene. Kozub promises that the band’s third album, due this year, will be “a bit slower and a lot more melodic. It reflects my disinterest in just making something slamming. The songs are still energetic; there’s more to them than there was before.”

Complexity is also key to the music of ill.Gates, a.k.a. Dylan Lane, whose website bills him as a “glitch hop” artist but whose music encompasses varying styles, all of which are underpinned by heavy-duty bass. Over the phone from his San Francisco pad – the Ottawa native  divides his time between there and Toronto – he speaks about constantly questioning the “underlying assumptions” in his own work. “When things start feeling too formulaic or repetitive, it’s hard for people to feel spontaneous when they’re dancing. The element of surprise is so important.”

Lane’s parents bought him his first synthesizer – a Radio Shack-model Concertmate 800 – when he was seven, with a view to his learning to play piano. And yet, it was the four small yellow sampling pads above the keys that fascinated him. As he grew up, he came to feel that the sampler, as a technology, “needed” him: he wanted to be “involved in its infancy, helping to explore and define what that instrument is culturally.”

By 19, in 2001, he was releasing fairly commercial breakbeat-based productions as The Phat Conductor; in 2007, he adopted the moniker ill.Gates in conjunction with a change in his outlook. Since then, he’s forged a unique career that’s found him playing a record 21 sets in five days at last year’s edition of the renowned Burning Man Festival, filling dancefloors with collaborators from Toronto rapper Masia One to rising-star Kelownian dubstepper Datsik, playing the first-ever concert for the deaf, and even making ringtones in collaboration with his near-namesake’s company, Microsoft.

As he tours, Lane gives workshops on production and DJ-ing; this spring, he plans to launch an electronic artist-education website at ill-methodology.com. Despite electronic music software’s quick learning curve, it still helps to have someone guide you through its more arcane workings. Kozub, who teaches a music recording course at Edmonton’s McEwan University, has started incorporating electronic music production into his classes in response to a growing demand, and even deadmau5 has taken time out from touring to broadcast studio tips on his Ustream channel.

Perhaps the key to electronic music’s flourishing – not just as popular music, but as art – is the fact that its creators, sequestered as they may be in their home studios, are always collaborating. They swap tips, advise software developers, share bills, and send files back and forth to create tracks. The strong sense of community among producers across Canada and around the world continues to grow as boundaries between styles break down. Deadmau5’s Rogers Centre gig, for instance, featured opening sets by Crystal Castles (whose cult following grows internationally as their abrasive synth-pop becomes more melodic) and electro-house duo MSTRKRFT (who’ve remixed everyone from Kylie Minogue to The Yeah Yeah Yeahs). By working together and drawing on combined expertise, electronic dance artists can push innovation and keep their music fresh.

It was this very sentiment that spurred on the formation of Azari & III. Lanza compares their early days to “one of those post-apocalyptic movies where you make associates to get by. In a bleak world where nothing’s happening, you’re not too picky. It’s like, ‘Oh, I found someone else in this barren wasteland – doesn’t matter, white, black, gay – I’m just happy to see somebody.’ The musical landscape at the time was all tied to indie rock and harsh electro stuff; very few people had any interest in doing anything other. You just take what you can get. If these people are willing and talented, that should be better than giving into the current sound to fit in.”

Embracing the craft of songwriting 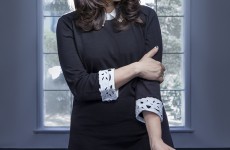 If Kingston, Ont., seems like an unlikely birthplace for the next gods of indie guitar rock, think again. Guitarist/multi-instrumentalist Paul Saulnier and drummer Benjamin Nelson make up PS I Love You, Canada’s foremost purveyors of anthemic, feedback-laced power-pop. After a string of smash 7” records (including a split single with their friend, Diamond Rings) their debut full-length album, Meet Me at the Muster Station, came out in 2010. It quickly rode a wave of critical acclaim in Canada and abroad, being long-listed for the 2011 Polaris Music Prize, earning praise from Pitchfork.com and scoring No. 4 on Exclaim magazine’s Top Pop & Rock Albums of 2010. “It was like all of the sudden we had to take this thing, our band, seriously,” says Saulnier. “People were liking the songs, and there was nothing we could do about it.”

Since then they’ve toured North America, performed live on CBC Radio’s Q, and shared stages with the likes of Fucked Up and Born Ruffians. They’ve just released a compilation of their singles, EPs and covers, entitled Figure It Out.