One of hottest touring bands in Canada at the moment eschews the standard instrumentation of guitar, bass and drums in favour of sitar, dhol and tabla — mixed with a little Irish fiddle. Delhi 2 Dublin, a five-piece outfit from Vancouver, is riding a wave of South Asian music that has permeated Western culture. This year, the group’s concert appearances have included dates at the Vancouver Olympics, the South by Southwest Festival in Austin, TX, Festival d’été de Québec in Quebec City and the World Routes festival at Toronto’s Harbourfront Centre.

“We play to mostly white audiences — it’s not brown people who are coming to see us,” says Delhi 2 Dublin’s tabla player Tarun Nayar. “And they don’t get scared away by the fact that there’s a bunch of Indian instruments on stage and that our singer sings a lot of his lyrics in Punjabi. They don’t even care. It’s awesome.”

East-meets-West fusions are nothing new to Canadian music. In the 1990s, Punjabi by Nature, a Toronto-based band led by Tony Singh, built a large following with its mix of bhangra with reggae, dance and industrial music. The group performed at jazz and folk festivals across Canada and even opened for hip-hop heroes the Beastie Boys. Meanwhile, Mississauga, Ont., sitarist Irshad Khan released a series of fusion albums and Vancouver’s Indian Lion, who blended bhangra and reggae, issued his Under Cover album on the BMG label.

More recently, Indian-born, Toronto-raised singer Kiran Ahluwalia earned acclaim for her entrancing arrangements of ancient Persian and Punjabi ghazals, or poems. Ahluwalia, now based in New York, won the 2004 Juno World Music Album of the Year prize for her Beyond Boundaries album. After winning the Songlines/WOMAD Newcomer of the Year Award in England in 2008, Ahluwalia and her five-piece ensemble performed at the London Jazz Festival.

Now that Hollywood has discovered Bollywood, A.R. Rahman’s Slumdog Millionaire soundtrack has won Oscars and Grammys and even the Pussycat Dolls have taken to wearing saris, the time seems ripe for Canada’s latest wave of Desi-flavoured artists. Singer Suba Sankaran, who performs with Toronto’s Indo-jazz outfit Autorickshaw, agrees. “Audiences have open minds and open ears and they’re ready to take bigger risks,” says Sankaran, daughter of renowned South Indian percussionist Trichy Sankaran. “The fusion in things like fashion, film, books and cuisine, plus the information highway, has really helped to lift the veil of exoticism off the music.”

Raghav knows all about fusion. The Calgary-born singer, who has based himself in England since attending Sir Paul McCartney’s Liverpool Institute of Performing Arts, has become one of the world’s leading urban Desi stars by mixing English and Hindi vocals over music that blends R&B, hip-hop and Bollywood-sampled beats. Raghav’s 2004 album Storyteller featured Kardinal Offishall and sold more than 1.5 million copies worldwide. His new album, Identity, includes the Bollywood-style ballad “Humrahee,” sung entirely in Hindi, as well as a thumping dance track with U.S. rapper Redman.

Raghav’s manager, New York-based Jay Gatzby, who also represents Montreal’s the Bilz & Kashif, as well as a number of U.S. and U.K. musicians and actors of South Asian descent, believes artists like Raghav can transcend their own communities. “Look what happened to Latin artists like Shakira or Ricky Martin,” he says. “With their talents, they’ve been able to translate their success into the English market.”

Sitarist Rishi Dhir, who leads the Montreal group Elephant Stone, says he doesn’t understand music marketing. But he knows that his five-piece band sticks out from most other groups. “There aren’t many bands that have sitar, especially in Canada, and people are intrigued by that.” A classically trained sitar player, Dhir was a member of Montreal psych-pop outfit The High Dials until he grew disillusioned with the rock lifestyle. “I love Bollywood music, Indian classical music and psychedelic rock, so that’s what I wanted to mix,” says Dhir. With tongue in cheek, he calls Elephant Stone’s sound “hindie rock.”

With more than one million people of South Asian descent, Canada has become a major breeding ground for Desi talent, including Vancouver’s En Karma, currently the country’s top bhangra band, and Toronto’s Gurpreet “the Tabla Guy” Chana, who has recorded and performed with Canadian artists like Jorane, Ron Allen and Nelly Furtado. “That’s the beauty of Canada and our diversity — there are hybrids everywhere,” says Sankaran, who also sings a cappella ’80s hits with Retrocity. “We’re on the precipice of something really exciting here.” 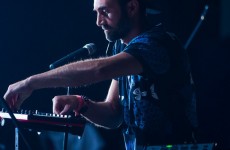 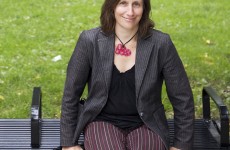 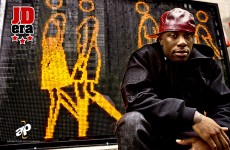 They were just kids from the ’burbs, but Burlington, Ont., outfit The Spoons found themselves at the centre of Canada’s burgeoning new-wave scene in the early ’80s. There would be a string of club and radio hits (“Romantic Traffic,” “Tell No Lies,” etc.), a high-profile ad campaign with the Thrifty’s clothing chain and shows with Culture Club and The Police. But it all started with a synth-pop song called “Nova Heart,” from the 1982 album Arias and Symphonies. On the eve of celebrating the band’s 30th anniversary, vocalist/guitarist Gord Deppe talks about bringing back those old emotions.

What is the origin of the phrase “nova heart”?

Well, a nova is an exploding star, an all-encompassing phenomenon. The song was written way at the beginning, when we were still pretty young. In university, I was reading science fiction, and was into this book by Arthur C. Clark called Childhood’s End. If people want to hear it as a simple love song, I don’t want to take that away from them, but it was about an idea in that book — that no matter what happens, we’ll be all right.

How did a guitar player end up writing a song that’s all about the keyboards?

I actually wrote the song on a keyboard. And I’m no keyboard player! But when you write on guitar all the time, your hands go to the same place, and I wanted something different. I had just seen OMD at a little club in Hamilton, Ont.,  and I was so inspired. I borrowed a lousy old String Machine, with fake orchestra sounds and not even enough room to move your hands on it. That was fine for me, I was just klonking around. Our keyboard player, Rob, said he could never have written it, it was too simple. That melody only has three notes.

How important was it to you that people could dance to this?

That was [producer] John Punter’s doing. He introduced us to the 808 drum machine, this little box that helped create the rhythm patterns, like those handclaps. There was no real formula for what works in the dance clubs in those days, but he knew what would be best. The song was originally just supposed to be a B-side to the track “Symmetry,” but half-way through recording, when the drums and the synths came together, we knew we had something.

Were you surprised by the success?

I never thought it would do anything, no. We just wanted to make it onto the chart at CKOC in Hamilton! That was a big deal. Then I remember seeing it on the CHUM chart, right next to Led Zeppelin and Queen. I think it hit No. 4. KROQ in L.A. had it on its Top 10 for the year. I was really surprised that it did what it did.

You still play the song live today. Considering how a lot of ’80s synth pop sounds dated, how do you think it holds up?

In the 1990s, we got rid of the drum machines and did pop/rock interpretations, with more guitar. But we’re appreciating the synths again. We realize that the drum machine sounds are key to it, and people can be disappointed when they don’t get what they expected, what they remember. They want the handclaps.

What do you think is this song’s legacy?

It really caught us when we were innocent, at our most creative and vibrant. We may have written better songs, technically, or improved on our instruments, but you can’t capture that youth again. I like knowing that, in our small way, we were a part of a musical shift. People remember us, if not the cause of it, as a part of it. 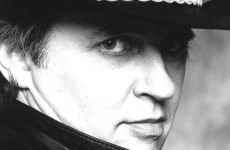 It’s hard to put just one label on Vancouver-based singer-songwriter Billy the Kid (a.k.a Kristen Pettinger). She’s been a solo folk singer, band leader, guitar slinger, punk rocker and label owner (Lost Records). As she puts it, her work is “a call-to-arms for individual thinking, personal pride and refusal to relent.” Her EP The Lost Cause features a blindingly star-studded cast of musicians. Produced by Raine Maida, such greats as Garth Hudson (The Band, Bob Dylan), drummer Randy Cooke (Ringo Starr/Dave Stewart), guitarist Ben Peeler (Jacob Dylan/The Wallflowers) and harmonica player Stan Behrens (Ruth Brown, The Four Tops) participated in The Kid’s vision. The Lost Cause hit No. 1 on MuchLoud’s charts, leading her to a spot on the Warped Tour. In 2009 she was nominated for XM Radio’s The Verge Artist of the Year, and she released Billy The Kid Live at the Verge this year. In the fall, she’s setting out on her biggest cross-Canada tour yet. 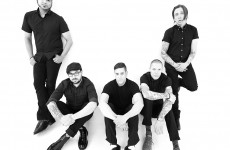 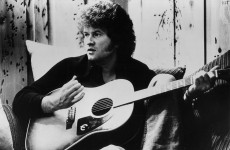 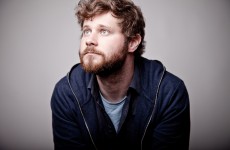