It’s almost as rewarding as winning the lottery itself.

Before it was a radio hit, the sprightly, playful Ash Koley number “Don’t Let Your Feet Touch Ground” served as a very memorable TV ad jingle for Lotto 649.

Lightning actually struck a second time for the duo – singer and songwriter Ash Koley (same name as the band) and musical partner Phil Deschambault – in the U.K., where the song served a similar purpose for a lottery there.

With “Sheep In Wolves’ Clothing” placed in an episode of the hit TV series Grey’s Anatomy (ABC); a Nettwerk record deal; and an impressive first album, Inventions, you may appreciate why the duo’s tootsies are hovering over cloud nine.

“As a songwriter, you always hope you’re going to meet someone who’s like-minded,”

“We’ve been lucky,” says Deschambault, who met Koley through friends. “We’ve got upwards of 20 synchs [synchronization licences] – money that we can live on for awhile. »

The other surefire road to success? Talk to – and see each other – as little as possible. “We don’t need to talk,” chuckles Koley, who lives in Toronto. “We know each other well enough. We don’t really have to say whether we like something or hate something, because we already know. »

For Winnipeg resident and ex-Not Going To Vegas member Deschambault, it’s the kind of chemistry that eases the writing process.

“As a songwriter, you always hope you’re going to meet someone who’s like-minded,” he explains. “We’re best friends, and we’re pretty ridiculous and silly people. So we want to write good songs that are honest and real and make sure that our personalities are put forward.”

It was the collective Ash Koley’s quirky personality that got the attention of Nettwerk via impromptu videos they made for YouTube. “That’s when [Nettwerk CEO] Terry McBride started Facebooking us,” says Koley.

Deschambault, a multi-instrumentalist who composes with ProTools software, started the majority of Inventions’ nine songs. “I pretty much write the song and produce it, and Ash comes in and replaces my vocal,” he explains. « But that’s when it becomes a co-write, because as soon as her voice gets on it, we start tweaking things, and the song takes on a new identity.”

With a recently released acoustic version of Inventions and four tracks added for the U.S. and U.K. releases of the album, Deschambault has EMI Music Publishing Canada working songs, while Koley is repped by Nettwerk One Music.

Track Record
• “Don’t Let Your Feet Touch Ground” has been featured at the 2010 Winter Olympics and on So You Think You Can Dance (U.S.)
• Ash Koley used to sing in the Winnipeg-based ABBA cover band Super Trooper
• Phil Deschambault is currently producing EMI signing Heather Longstaffe 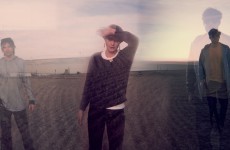 Last year Power provided 38 minutes of music for each of 24 episodes of Hawaii Five-0 (CBS/Global)… and he had only four days per show to write it. “They want it to feel like a blockbuster movie, so there’s hardly a moment that’s silent,” Power says. Not only that, he was also scoring Heartland (CBC/CW) at the same time – an additional 16 minutes of music per show.

Power was born in a small town in Newfoundland 36 years ago and started writing “really bad songs” when he was about nine. “Composing for me was making things up on the instruments I was learning, » says the composer, who now plays piano, guitar, bass, percussion, flutes and whistles. « Improvising came naturally.”

After four years in the jazz program at the University of Toronto, Power went to work for KEEN Music in Toronto, writing music for ads. “Over the course of six years I wrote between 200 and 300 TV commercials,” he says. But when he was asked to write music for The Gavin Crawford Show (which aired for three seasons on the Comedy Network), he knew immediately that this was what he really wanted to do. “I bought all the film scores I could and basically taught myself, » he recalls. « I had a score by every composer in Hollywood.”

Power moved to Los Angeles in 2004, cutting his teeth in Hollywood by working as a support composer/arranger for more established composers. In the past 18 months alone he has contributed music to the scores of several blockbuster action movies, including Fast Five, Iron Man 2, Battle: Los Angeles, The Expendables, and Predators. Most recently Power – who occasionally writes music for video games, too – has created a full score for Replicas, a psychological thriller starring Selma Blair and Josh Close.

“My passion is this magical collaborative process,” says Power. “That’s what drives me – waking up every morning to work with a team to bring a show to life.”

TRACK RECORD
• Power’s Celtic-flavoured music for A Shine of Rainbows (the film won several international awards) was nominated for Best Score at the Irish Film and Television Awards in 2009.
• At press time, his most recent score was for the video game Dark Sector.
• He scored orchestral arrangements of Hawksley Workman songs for Workman’s show with Symphony Nova Scotia in September. Toronto’s ole music publishing company has rounded out its service offerings with a big move into the music library business, courtesy of ole clear and a new web portal offering access to more than 100,000 production-oriented tracks.

Says ole CEO Robert Ott: « We have close relations with a community of 40 television production clients who we see as a natural client base for the production library. I also think that in looking at the digital age and trying to assess where the business might be heading, there seems to be a need for one-stop, fully-cleared music. So for both of those reasons, this seemed to be a good move for us. »

» The more obstacles we can pull out of the way between the client and what he or she is looking for, the better. »

Ole clear features a remarkably friendly interface that allows users to search the catalogue by mood, genre, sub-genre, instrument or style from a long list of keywords. Users can also plug in their own search terms.

« The search system is very intuitive, » says Ross Hardy, ole’s Manager of Production & Online Services, « and it has a strong, creative workflow. It’s extraordinarily fast and very well organized. »
« The cornerstone of our business right now is to be leading-edge tech, » adds Ott. « We offer the highest level of automation so that an editor out there at 3 a.m. can get onto our online portal and peruse and buy licensed music with three or four clicks, with no intervention necessary. If our clients want music supervisory advice and the human touch, that’s still there too, but we want to make their jobs as easy as humanly possible. »

« One of the key advantages we’ve had as a company is that we don’t have any legacy to adapt to the digital space, » continues Ott. « We’ve conceived our business and our library within the digital space, and we’ve never gone through any kind of physical incarnation, i.e., circulating CDs, DVDs or hard drives.

« Our entire focus has been to deliver this offering virtually and to deliver it real time at the speed of thought. As fast as you can think about what you’re looking for, we can deliver it. The more obstacles we can pull out of the way between the client and what he or she is looking for, the better. Clear stands for transparency and 100 per cent cleared music, but it also stands for the shortest space between the idea of what kind of music you need and getting it. » 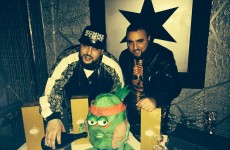